Those who have Sage's littermates in their homes have reported that they're quite voracious at meal time.  Some are being fed raw food, as is Sage. But he's not nearly as food-motivated as his siblings. 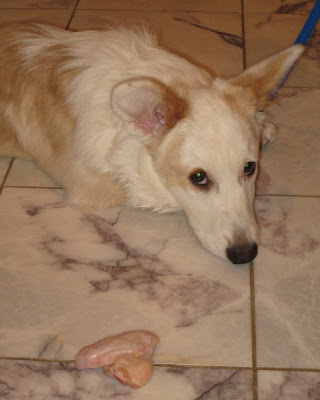 No, this is not a rubber chicken wing! 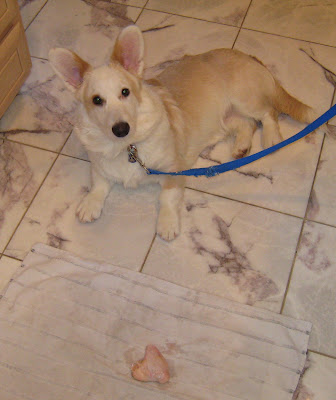 It's the real thing. It's been sitting on the floor for about 15 minutes now, and Sage hasn't touched it. If I chop it up into bite-sized pieces, he'll eat it right away. But a whole wing - too much trouble. He actually did eat a whole wing once, but that was the last attempt. If I didn't leash him, he would literally walk away and leave it sitting there for Denali to snag.
At a point, he does decide that the towel requires rearranging. To see him in action check out this video! 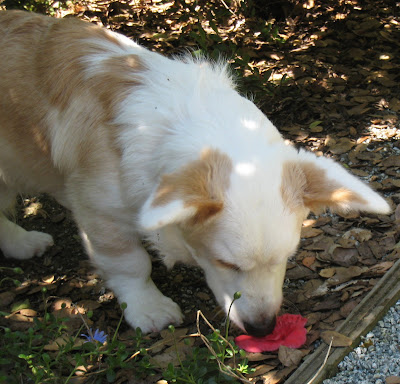 But the tables turn when he goes out in the yard. Any plant material goes immediately into the mouth. 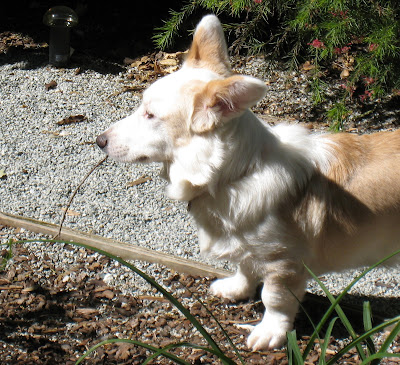 You name it, leaves, twigs, even small rocks! And, if allowed, he does eat all of it! 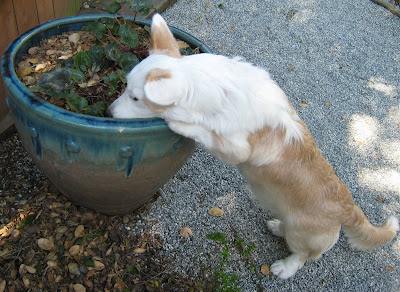 He looks everywhere for horticultural goodies! 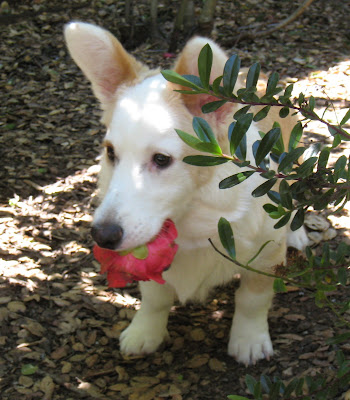 Prize located. Now it is all he can do to play Keep Away until he can get to a private corner and disassemble his blossom for consumption.
So, I'm thinking that perhaps I didn't really get a dog after all. Could this actually be a rabbit in disguise?
Posted by Elbeepem at 2:28 PM

His daddy and uncle were never much oh the whole "eating" thing, either...

Kate
Thanks - interesting to know! Sage would much rather play than eat!

Oh, great. All the dogs in the world and we get the vegan!