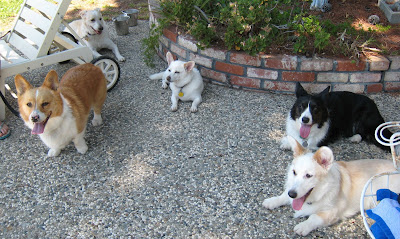 On July 12th, Sage, and his big sister, Denali, were invited to a Pool Party at Aunt Tina's. All of the guests, except me, were dogs! Now that's some party! 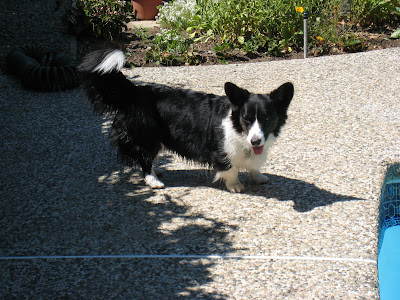 Denali was a "water dog" from day one. She loved her kiddie pool when she was a young puppy, and still thinks that playing chase games with the flying water that comes out of the garden hose is one of the best games ever! She will do this till she is completely soaked!
So it was no surprise that she took herself swimming in Tina's pool last November, when we were outside frying a turkey. That was an unplanned foray into the pool. This time the weather was a bit better. 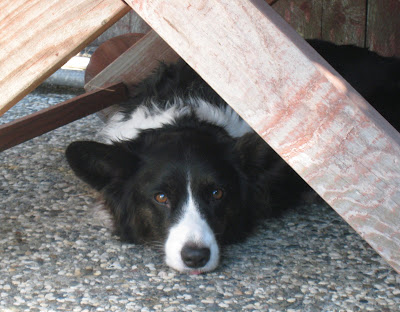 Denali, relaxing in the shade after her swim. 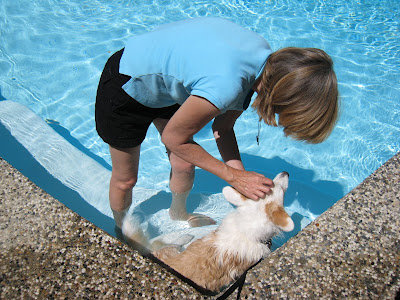 Sage, getting his first taste of wading.
He's not all that keen on water and wasn't so sure this was a very good idea! 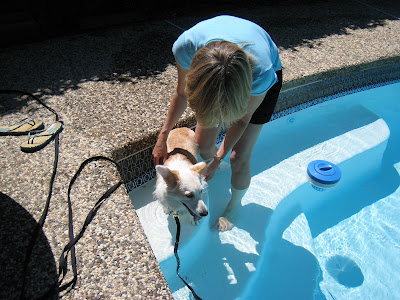 Aunt Tina helps him stand on the top step. 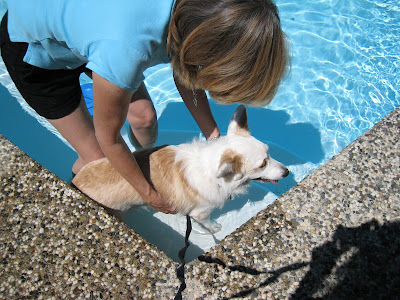 Seems he's not so interested in going any further, though we did get him to do a small lap out and back to the step. I was holding his long line to guide him, so couldn't take pictures. He wasn't all that pleased and was very ready to get out. 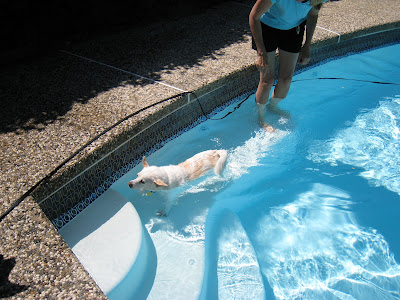 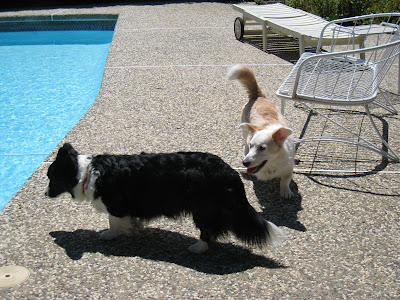 Sage would much rather chase Denali around, while she gazes at the water. 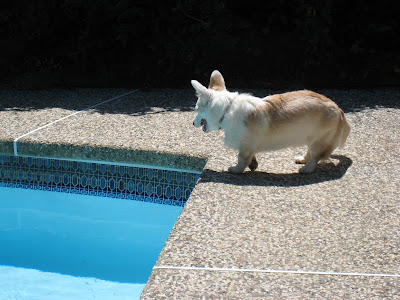 He takes a closer look, but still isn't convinced that he belongs in there. 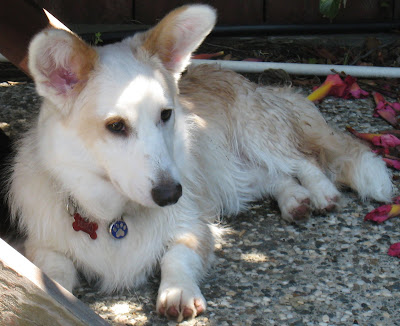 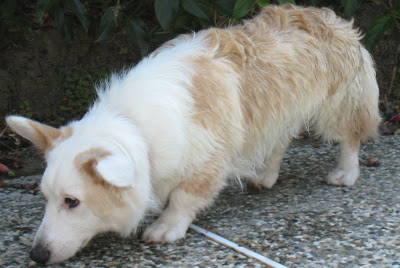 Oh my, look at all those waves! 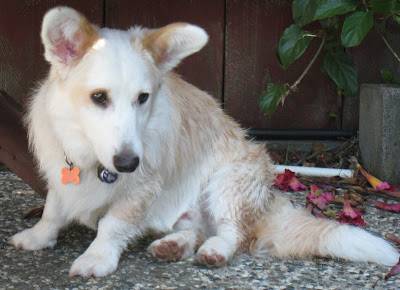 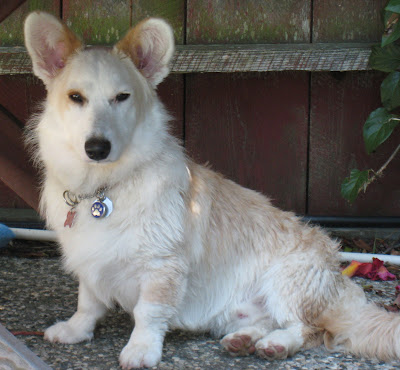 This expression pretty much sums up Sage's feeling about swimming. Here he is telling me just what he thinks of my idea that he should give it another try. 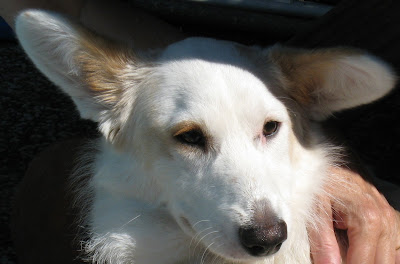 Safely on deck, getting ear scratches definitely agrees with Sage. 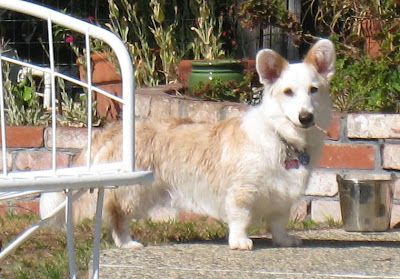 And then, there is one of his favorite pastimes, collecting sticks! 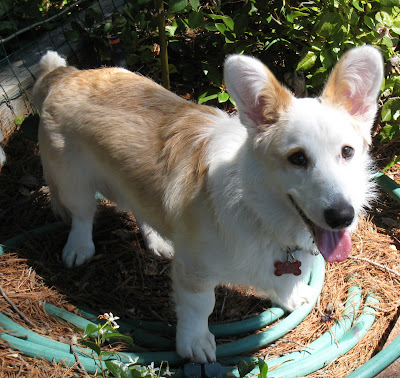 Not to mention, exploring the yard. 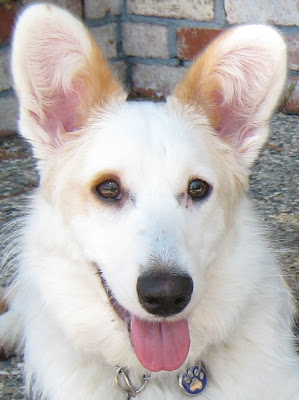 He sure is a pretty puppy!
Posted by Elbeepem at 3:32 PM