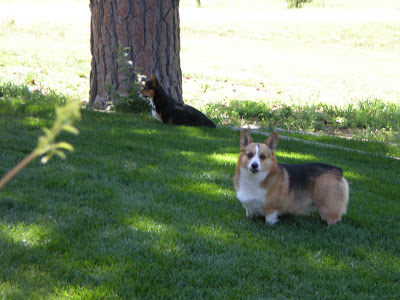 Cash - Soon after his arrival in his new home, with his new sister! 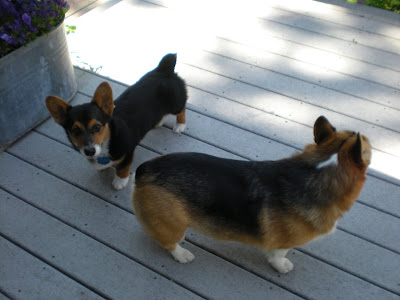 His sister is 6.5 years older and wasn't quite sure what to make of the Doggie Tornado that landed with a bang! But after a short while, she decided he was probably OK to have around, even if he is a busy boy! 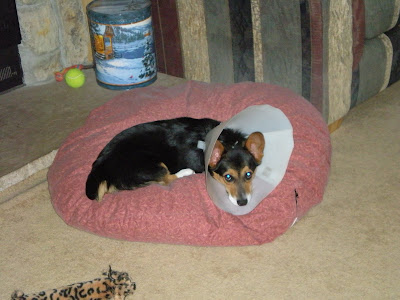 Sigh...it happens to the best of 'em.
Cash, shown here during recovery from his recent neuter.
Cash's new dad said:
"This picture is one of the rare, and I mean rare, times he has slowed down. He is usually tearing through the house like a tornado. His incisions have healed well and is wearing head gear for a few more days to keep him from working on the foot stitches. He was a riot the other day ripping through the house after a plastic gallon milk jug, herding it around with the head gear all over the house crashing into everything. We think he is doing eceptionally well and is housebroken."
We've received some other communications and photos from our other puppy owners too. We will be posting those very soon! They're all doing very well!
Posted by Elbeepem at 1:55 PM