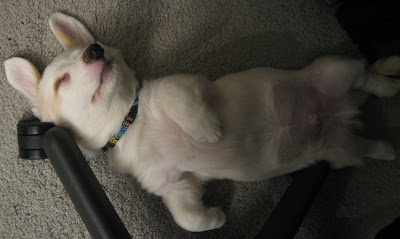 When Sage was 11 weeks old, he liked to sleep at my feet, wedged between the legs of my desk chair. 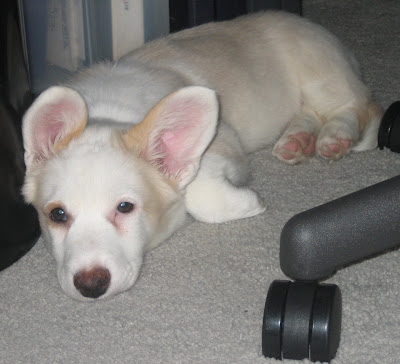 Since he only weighed about nine pounds, it was pretty easy to slip into that spot. But things have changed in the past twelve weeks. 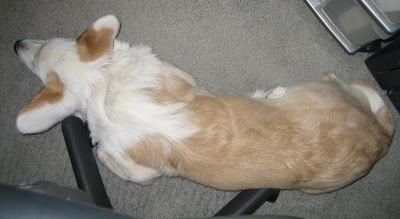 He still likes that spot just as much, but he doesn't fit in quite the same way.  Yesterday he tried to walk underneath a plant stand that he used to play under when he was really little.  When he bonked his head instead and found he didn't fit, it was a bit confusing.

This morning he officially outgrew his puppy collar...sigh! He needed that next inch, and something a little more substantial. How quickly things change when they're so young.
Posted by Elbeepem at 12:19 PM

Oh, he is so adorable!

Frodo now fits into the collar that Megan gave out when we got them.