Over the years ForPaws Corgi Rescue has seen a lot of different corgi mixed breeds. At a point, we assembled some photos of them all and counted. That was about five years ago, and there were over 100 different combinations.
Oddly enough, we've never had a Cardigan-Pembroke mix come to us - until now.
Meet Rio! 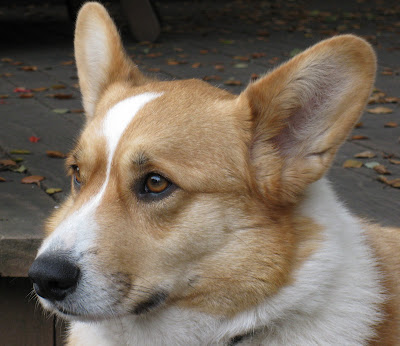 Without question, one of the most handsome dogs ever! 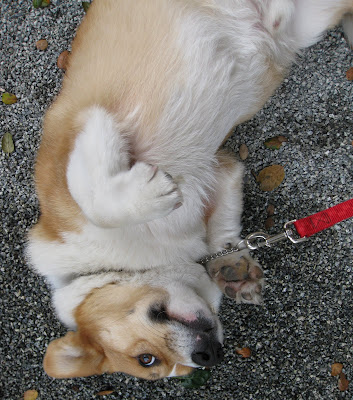 One of the sweetest dogs ever...a true velcro. 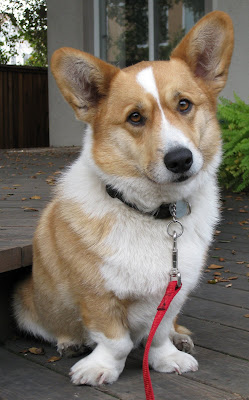 One of the smartest dogs ever; nothing gets past him. 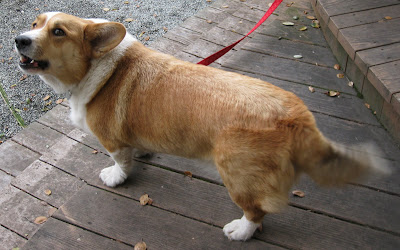 Of course he "talks!" 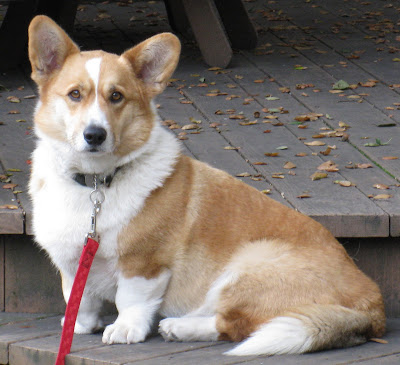 Sometimes, he has that Pembroke seriousness about him. While at other times, the Cardigan Character shines through. He is a "mix," inside and out!
In all the years and all the dogs, only one has been a more solidly grounded alpha male. That was my first rescue, Bart. Like Bart, absolutely nothing phases Rio. He is completely calm, completely self-possessed with all other dogs and all people. Other dogs come within three feet of him, sniff the air and just accept that he is in charge. It is uncanny.
He is a strong-willed dog - not one for a novice owner, as he definitely tests his people to make sure they're up to the task of presiding over him in the pack. But once he's figured that out, he is yours for life and just wants to be with you. A sweeter teddy bear you won't find.
Rio is just plain smart...too smart to sit around without a challenge. Right now he's a bit overweight, but he is on a diet and exercise program, so he'll be in shape in no time.
Nonetheless, he is a big boy. His correct weight is probably about 36-38 pounds, and he has some serious bone. Once he is moving a little more easily, he'd be a great candidate for obedience or rally. He is extremely biddable, once he realizes that he is on your team.
Truly, this is a very special dog! We'll make sure he goes to a very special home!
Posted by Elbeepem at 9:22 PM

Look at how CUTE he is! Awwww! He DOES look like a mix, and a VERy adorable mix! He got the cute from both sides of the family tree :)

Wow. What a neat boy. Someone will have tons of fun with him.

Oh man, this dog looks a lot like my corgi's mom! I'm guessing my pup is also a cardi/pem mix as well. pics on http://www.mycorgi.com/photo/photo/listForContributor?screenName=1b1h5pjsi3dgg