Ottumwa Rescues - Our "Cast Away Crew" 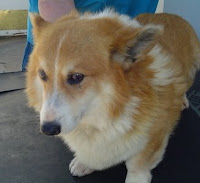 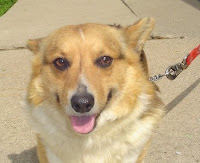 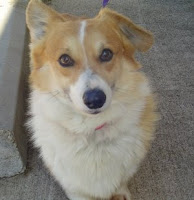 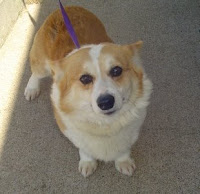 Having made it safely to foster care in Minnesota, our four new rescues are settling in. They're already showing signs of recovery. Foster person, K.D., says that "The light is back in their eyes."
The Ottumwa Four now have their names, inspired by the film, "Cast Away," starring Tom Hanks.
In the film Tom's character, Chuck Noland, is stranded on a tropical island, the sole survivor of a plane crash. Chuck remains alone on the island for about four years, coincidentally, about age of our four dogs.
To combat loneliness Chuck creates a "friend" with whom to converse. Using a volleyball, washed up from the wreckage of the plane's cargo, he creates "Wilson." Wilson figures predominately as a treasured companion, advisor and confidant throughout the remainder of Chuck's stay on the island.
Ultimately Chuck is rescued. He returns to find that his former girlfriend, Kelly, thinking Chuck to be dead, has married another man and moved on with her life. The film illustrates the transformation Chuck must endure to first survive his long hiatus from civilization, and then the bigger challenge in finding out who he really is and what is truly important as his life continues.
It struck me that there are many parallels in the journey these dogs have taken up to now. They've been Cast Away since birth, with no exposure to the outside world. Having just been rescued they now have a big challenge ahead as they see what real life has to offer and how they fit into the grand scheme of things.
Accordingly, their names are:
Charlie (better than Chuck for a dog)
Nolan (Noland, without the "d" on the end)
Wilson (a trusted companion)
Kelly (a piece of Chuck's heart that will remain forever)
As we learn more about the Cast Away Rescues, we will be updating this blog. Stay tuned to see how they navigate their way!
Posted by Elbeepem at 3:15 PM

They are beautiful! The second one looks like our Corgi (passed away now). Thank you so much for caring about them.