Things that go Bump on the Stairs

This morning I was sitting at the computer when I heard an odd "clunk" on the stairs. Investigation yielded this scene. 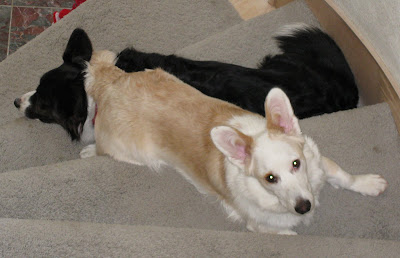 Evidently Sage was attempting to climb over Denali, asleep on the step. But seeing as he doesn't really know where his back legs are, he missed the step and is now sort of...well, stuck. It is hard to tell from this angle, but his left leg is actually back behind him, frog dog style, resting on Denali's back, while his tail drapes artistically over her neck. 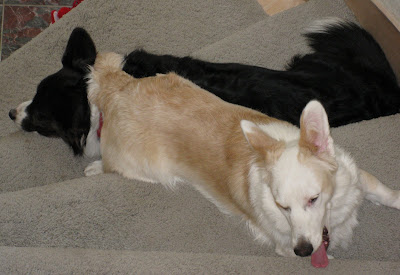 In an attempt to act casual, he started licking the carpet. Sure, that will divert my attention. 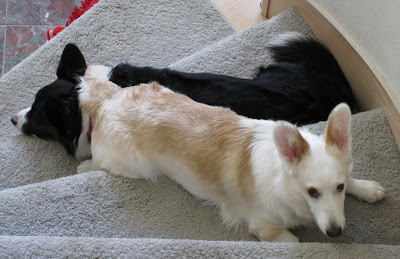 Seeing as I didn't go away, and am still taking pictures, he continues to act like this position was part of his plan. 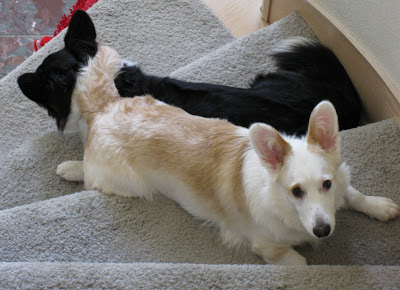 Only when Denali decides she's had enough, and moves away, is Sage's leg free to use for support once more. Sigh...he is the sweetest, most adorable puppy ever, but he definitely does NOT have a career on Dancing with the Stars in his future!
Posted by Elbeepem at 8:58 PM